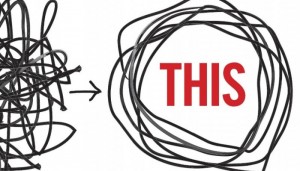 I recently read the book Essentialism: The Disciplined Pursuit of Less by Greg McKeown. It was exactly what I needed, and it couldn’t have come at a better time. I highly recommend this book for anyone who is the first person to volunteer for things, spreads themselves too thin, or wants to become more effective.

The book has a powerful message…. It is ok to do less, say no, and unplug. Yes, it is actually encouraged if you want to be an essentialist. This doesn’t mean that we throw in the towel and sit on the couch all day, every day. In fact, by doing less, saying no, and unplugging we might become more effective in our work – no matter what type of occupation we are employed in. 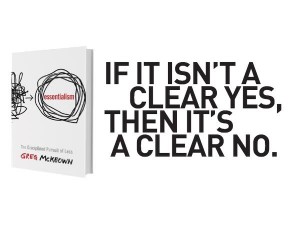 Here are my 5 take-aways from Essentialism: The Disciplined Pursuit of Less

I would highly recommend to read this book, and more importantly, begin to apply the principles. Pursuing less may be a change for you but it could result in better results. Be sure to let me know what is essential to you!

Here is a video of Greg McKeown talking about Essentialism