…You can influence the result by grabbing the opportunity when it knocks at your door. Kersi Porbunderwalla 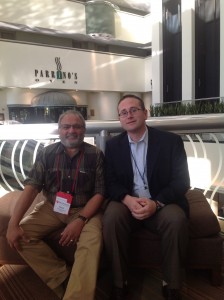 Kersi and I after the interview

This morning, while at breakfast, I met Kersi Porbunderwalla. He is the Client Service Director for Resources Global Professionals. He was in Dallas, TX at a conference for his company. Originally from Mumbai, Kersi recently gave a lecture on Corporate Governance at the Govt. Law College in Thrissur, Kerala. He was intrigued by what he saw.

As we enjoyed the amazing food at the hotel, Kersi and I talked about everything. When we talked about education, he beamed with excitement. He told me of his daughter and how well she was doing at the University in Copenhagen. He is so proud of her! We talked about Sugata Mitra and child-driven education. Have you watched Sugata’s Ted Talk? You won’t be disappointed!
I asked Kersi why so many people of Indian descent do so well with education, especially math and science… and he replied, “Well, this isn’t a scientific or research-based thought, but I think it has to do with our language. All Indian languages require the learners to anticipate and calculate sentences as they read. In a country with over  75% literacy rate,  Kerala maintains a literacy rate of 99%. I feel this is because of the time they spend on reading and studying their language. This seems like a daunting task, but they do it, and I think that is why we are so math/science focused.” I was amazed. How can we get our kids to do this I thought? 99% sounds great.
He went on to discuss the amount of time Indian students spend on their studies. He felt that most Indian kids (even those who are in the United States) are studying 2 to 3 hours per night, not to mention the amount of time spent in the summer. Education is so valued in the Indian household that it trumps interest in sports, video games, or any of the other leisure activities of a typical American child. Could you imagine your students spending 10 to 15 EXTRA hours a week on learning more about what you are teaching? 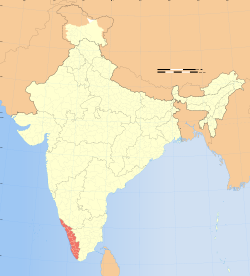 He went on to discuss how motivation is in the culture of the people of India, specifically the state of Kerala, where he is from. This state in India has always been important because of the spices, and trade. It required the residents to be aware of  other languages and globalization. Kersi felt that all of these factors contributed to high literacy rate not only with the the various Indian dialects, but the rest of the world languages too. Sure enough I went on You Tube and looked this up, and I found this clip:

As my interview came to a close, I asked him what the key to success in education was… he said, “Do your best. It’s a competitive world. Things can change in a second. Grab the moment, and seize the opportunity. You can do what you want, the result will be the same…however…You can influence the result by grabbing the opportunity when it knocks at your door.”
The rest is up to you!
Twitter Google+ RSS