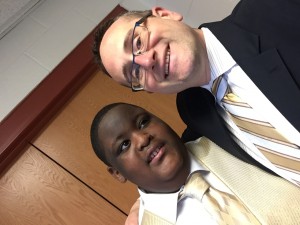 About 90 days ago, I embarked on a new venture as the Principal of Lakeside Middle School. I used the book, “First 90 Days” as a guide to help me transition into the school and my new role. Throughout the process I am gaining knowledge on so much: learning, teaching, leading, and the most important part… people!

“Where have you been?”

In my last post (First 13 Days) I was able to capture the initial transition, which was April 2, 2016 and, now today is June 26, 2016. It is not as if I lost internet connection or my blog expired, but there was no way I could get back to here until now! For me blogging is an ebb and flow, blogging every day for a year or taking time off balances it all out. Honestly, there was a little blogger guilt that I wasn’t able to get back here, but I believe it was due more to the sheer volume of change and transition I was experiencing. I did get a few messages from friends asking if I was OK, I was more than OK, I was focused on the task at hand.

Lakeside Running Man Challenge – What Teachers do When the Students Leave

Reflection on the first 90… 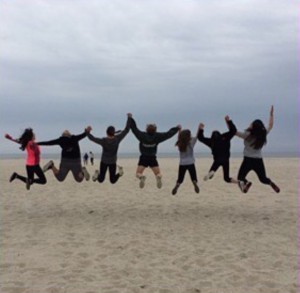 Students on a field trip having fun!

As I reflect on my first 90 days at Lakeside I am amazed at the energy of the building. In a school with over 120 staff members caring for about 1200 kids a mountain of variables is expected. My first goal was to individually interview every staff member. I was able to get through 75% of the staff for one on one interviews, asking them two questions: what is going well and what needs to be improved on? One of the constant themes in these conversations were how much they like each other and the school. Every single person I interviewed had a similar response and it was genuine. As the new person on the block it was remarkable to continually hear such positive statements. I just wish they would tell each other more often how more much they like each other 🙂

During the first 90 days I was able to scratch the surface on the climate and culture of the building. Throughout the transition period, I paid particular attention to the symbols, beliefs (mission/vision) and the language. Often listening to what was being said and comparing it to what was being done. For the most part, there is a match on the espoused theories and theories in use. Most people are passionate about their craft, no matter what role they play, which leads to a lot of conversations centered on “how do we get better?” 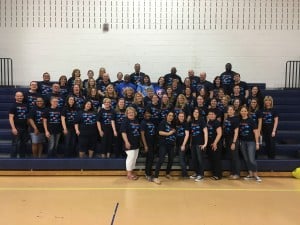 So what needed to be improved? In the beginning I was hearing a lot of comments such as “staff morale, communication, and admin turnover.” All of these factors are not attributed to a particular person, and honestly some morale issues are a result of local, state and national perceptions of our profession. But then, there became a shift in the initial interviews, changes were already beginning. I am not quite sure when the shift in the conversations happened. I do know that people were no longer mentioning staff morale or communication. So maybe it was the Lighting Round, Teacher Appreciation Week, staff meetings, becoming a regular on the morning announcements or everyone began to tell their co-workers how much they liked each other.

In my opinion, the administrative team played a huge part in the shift. Everyone from Vice Principals, Supervisors, Guidance Counselors, and the Child Study Team stepped up in ways that teachers and students needed. All of the support personnel (secretaries, security, maintenance, cafeteria) played an incredible role in the transformation too. I began to hear parents, students and other staff remark on how everyone appeared to be working collaboratively. Honestly, they have always been collaborative and positive but maybe it was just a difference of getting the story out there.

What do the kids think? 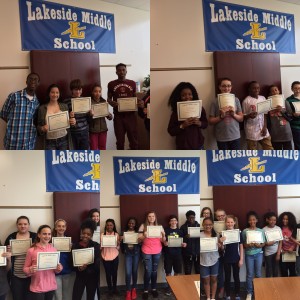 Lunch with the Principal

Granted the Principal’s main responsibility is the staff, but it is extremely important to connect with students. I was fortunate that I knew a small percentage of the kids at the school because they went to the elementary school where I was Principal for the past 5 years. When I first started I made it a point to talk with kids I didn’t know. I asked kids the same questions “What do you like about this school? What do you want to change?” I also visited classrooms to get a chance to see what the learning look liked.

I scheduled a “Lunch with the Principal” day. I asked each teacher to select one or two students that were model students to have lunch with me. I gave the kids awards and read the comments their teachers made about them in the Google form. At the end of the lunch period, I asked them what they liked about the school and what they wanted changed. In addition, I attended as many extra curricular activities (dances, sports, music etc) as possible to see the kids in a different setting. 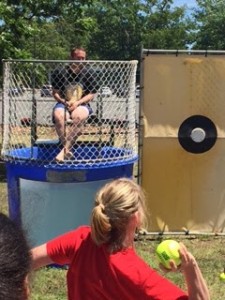 You have to be willing to be dunked!

I learned so many lessons over the first 90 days. As I stated before, I had to focus on the transition to the new school. Requiring me to let things go of things such as Social Media, writing, podcasting, etc… because I needed to be mindful of my time and mental state. Days were busy and at times exhausting, so I had very little gas left in the tank to write a post, or sign up for a conference. Temporary sacrifices for long term progress.

Laughter is the best medicine. Hopefully the staff can see that I don’t take myself very seriously. I laugh at myself and the unusual events that happen in the school. My goal is to make people want to have fun at work. I firmly believe that this will translate into happier kids. Let’s face it, middle school kids can be disenchanted, or appear to have a chip on their shoulders, but they like to laugh just like we do.

I want to work at a school where are no mistakes, no boxes, and everyone is encouraged to take risks. I feel it is important to create a culture of learning. In order to do that you have to think outside of the box, learn from mistakes, and take the opportunity to try new things. I made a lot of mistakes over the first 90 days. Many days I drove home without the radio or podcasts playing and reflected about my mistakes, or learning experiences. Often times I would walk out of the school wondering if I made any difference. Reflection really helps and I began to find people to help me decompress. These people are the true gems!

6 suggestions for transitioning into a new position

I know this will be a long journey. I often think of these two quotes, “Rome wasn’t built in a day,” and “We are planting forests, not gardens.” This is just the beginning. Stay tuned for more!