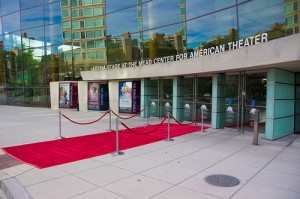 The Academy of Education Arts and Sciences held its inaugural gala event last night. Known as the Bammys, the purpose of the night was to create an atmosphere similar to other award shows, but the honorees, and award winners were all educators. I applaud the Academy for having the determination to roll out the red carpet for the people who are most dedicated to the future of society – educators!

I was able to attend the event as one of the Twitterati (a combination of a micro and macro-blogger). There were about 50 of us in attendance, and the top 20 were recognized on stage. Honestly, these folks who were recognized on stage were the absolute elite in the twitter and blogging world. It was a real tweet (I mean treat) meeting them in person!

In addition to the twitterari, the Academy of Education Arts and Sciences recognized the outstanding educators in categories as diverse as school nursing to maintenance director to teacher and principal. I was touched at the stories told about the nominees, and by the award winners. The Bammy statue that was distributed to the winners was quite magnificent. I was lucky enough to hold one at the after party, and it was very heavy!

In between awards, the attendees were treated to comedian and former teacher Jimmy Burns, author Taylor Mali and the the Washington Metropolitan Youth Orchestra. 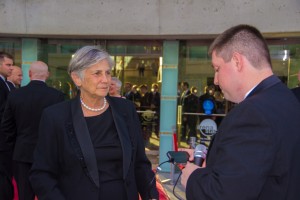 At the conclusion of the event, Linda Darling-Hammond, John Merrow and Diane Ravitch received special honors for their distinguished lifetime achievements. Each lifetime achievement award winner gave a powerful acceptance speech on behalf of all of the students, teachers, and parents that make a difference in education everyday. John Merrow had one of the best lines of the night when he said, “Ask students how are you intelligent, not how intelligent are you?” They are all such inspiring educators, and I can only hope that one day I could grade the stage with such eloquence. 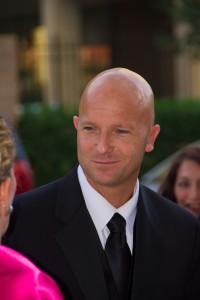 As a member of twitterati, I have to give special thanks to Eric Sheninger for his tireless commitment to assemble the largest gathering of education bloggers to date.

I also want to thank  all of the those from the Academy of Education Arts and Sciences, Council of Peers, and the sponsors who did a phenomenal job in coordinating the event.

And last, but certainly not least, you!