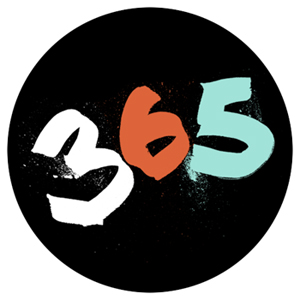 My math wasn’t adding up. I even had to double check on Google. I found the site Epoch Converter which confirmed my dilemma… I was a day off.

In doing the blog 365 project I have been blogging every day. I keep track of the progress in the title of each of the posts. So I decided to go back through the posts, and I found where I messed up on the numbering. It was back in October and I used the same number twice. No big deal.

Instead of going back and re-numbering all of the posts I just decided to add another post. Day 327 of 365. I only have 38 more blog posts to write to complete my goal.

How is your New Year’s Resolution going??? 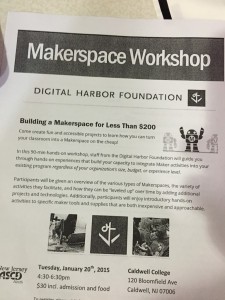 I went to EdcampNJ, and attended the Maker Fair set up in the gym. Meredith Martin, an awesome educator and innovator, set up a few opportunities for people to make stuff. When I asked her about the cost of setting up a Makerspace, she said that most of the materials are available at Dollar Stores or in a desk, or storage area. So basically, there is not a lot of money required to start one.

Meredith encouraged visitors to either follow directions she set up or just follow their inner inventor! She uses Makerspaces in her school to give students time to tinker, invent, or improve. I can really see a Makerspace complementing the Genius Hour at our school.

Here are a few pictures of the MakerSpace: 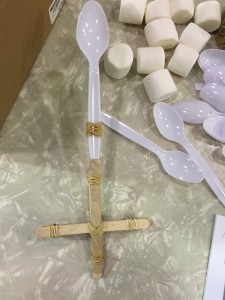 A catapult made from rubber bands, spoons and Popsicle sticks 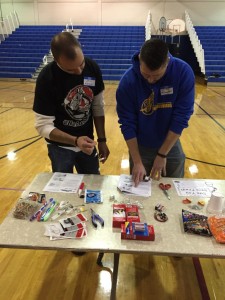 Want to start your own MakerSpace? Here are some resources:

Create a Makerspace in 3 simple steps 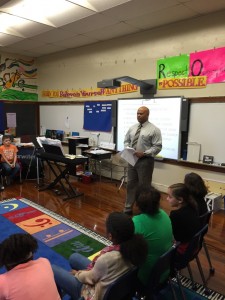 Our school is fortunate because we have parents who are dedicated to assisting students with whatever they need. One of our new parents, Mr. Bruce Cooper, proposed a public speaking group for our students. As a Toastmaster Mr. Cooper has competed at the highest levels of public speaking. As a regional director, he had the idea that we could create a similar experience for our 3rd, 4th and 5th graders to grow future leaders.

In fact, after some research, we found that there is no public speaking group focused on students this young. We are also planning on having a culminating, TED-like talk this spring featuring the students who participate in the group. It will be epic!

In our first meeting we had 20 students and 3 parents attend. The students were excited (and a bit nervous) about having to speak in front of people. We are following a process and we realize that the students are only beginning. Just by showing up, though, they showed an amazing courage. If they stay focused, and dedicated they will be on center stage in the spring of 2015!

Want to learn more about the Toastmasters? Checkout this video: 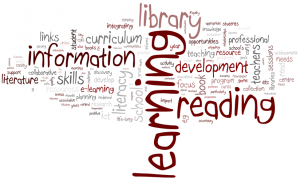 Here is the deal… if you are not modeling life-long learning as a leader in your organization, than how can you expect your teachers to learn? Adult learning is the key to improvement, and lets face it, the staff meeting is your time to lead or it is your time to lose. The choice is yours…   How can you lead the learning….

How do you lead the learning in your organization? 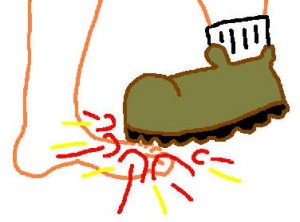 If you have been on a walk….then you have stepped on somebody’s toes. As leaders we make decisions all the time, and without even know it, we step on people’s toes. The difference that great leaders make is they know the difference between stepping and stomping on toes.

If you never stepped on anybody’s toes, you have never been for a walk ~ Elaine McEwan 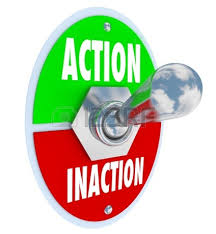 I was reading Seth Godin’s blog today and he was talking about when things ‘blow over’ in organizations. The last line of his post especially caught my attention, “Action or inaction are both forms of leadership and standard setting.” He has written about this before, and I think it bears repeating that leaders send messages to their staff by what they allow or don’t allow. Every decision has an impact on the organization.

How do you send messages to your staff?

What do you take action on?

What do you take no action on? 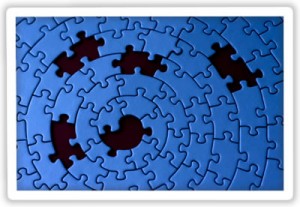 As we are planning for an upcoming PrincipalPLN podcast, we got on the subject of School Leadership teams. We put the idea into our voxer chat and it elicited a lively discussion.

Here are a few things I gleaned from the conversation and preparation for our upcoming show:

As a leader, I feel that is important to model the expectations, and there may be times where people need to be honest and open with criticism. In that same scenario, the leader needs to also be able to have the important conversations about expectations and improving the team (no matter what type of leadership team).

What would you add?

I am a huge supporter of Edublogs. They are really great people with a mission to provide opportunities for learners to share their knowledge with others. Since 2005 they have supported over 2,775,000 bloggers world wide!

We believe in the power that blogging can have to transform the educational experience of students and have seen first hand how Edublogs have increased ownership of learning, engaged students, and become a source of pride in the classroom. ~Edublogs

Each year the Edublogs Awards presents an opportunity to recognize the dedicated educators who are blogging, tweeting, podcasting, and just plain making things better for us!

Here are my #eddies14 recommendations! 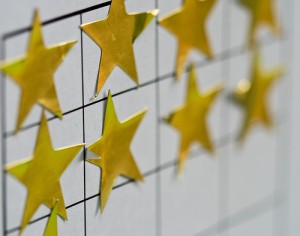 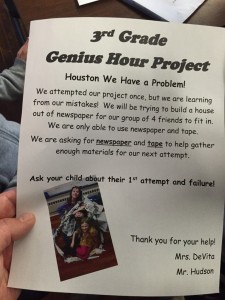 I went into a class the other day and the kids showed me a flyer (the image to the left). I was curious about it so I asked if I could read it.  I was hooked by the first two lines…. Houston, we have a problem! We attempted our project once, but we are learning from our mistakes. We will be trying to build a house out of newspaper for our group of 4 friends to fit in. We are only able to use newspapers and tape. We are asking for newspaper and tape to help gather enough material for our next attempt. Ask your child about the 1st attempt and failure!

I think you need to read those first two lines again…..

Houston, we have a problem! We attempted our project once, but we are learning from our mistakes.

In implementing a Genius Hour project for the third grade students, the teachers acknowledged that they failed and had to abort mission. They are reaching out to the parents for more supplies, and more importantly they encouraged the parents to ask their child about the first attempt and failure. Wow, just Wow!

There are so many positive aspects to this simple little flyer. The lessons that the kids are learning (and being modeled by the teachers) is exactly what we need to see in education. Acknowledge when something didn’t work, and plan to do it better! It is perfectly OK to FAIL!!!!!!!!!!!!!

In the meantime, if you could send us newspapers and tape, the 3rd grade would appreciate it 🙂

Anyone who donates will be featured in the Genius Hour project and could win the new #rmbacon t-shirt!