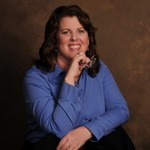 The Coolest Gal in School!

I know why her students gave her the name that would become the twitter handle @coolcatteacher… because Vicki Davis is a cool gal. I had the pleasure of listening to her Keynote at Edscape 2012, and then having lunch with her later on that afternoon. It was a great day! It was really cool! 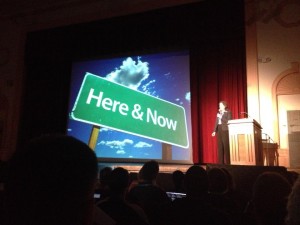 Vicki began her keynote by discussing transition into becoming a connected educator. Her story, which is similar to most, began with overcoming a mindset that social media was somehow “negative” or even “detrimental” to education. Once over that mindset, and at the behest of her students, Vicki jumped in with two feet to the connected world. She began to take her classroom to places they had never seen or imagined they would know. Through social media she took them on a world tour. Like I said, she is cool! 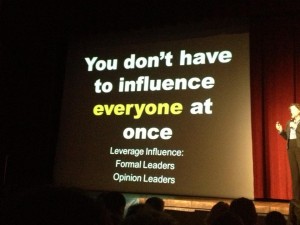 She then talked about her recent research that focuses from her book “Flatting Classrooms Engaging Minds: Move to Global Collaboration One Step at a Time”  She presented charts and graphs that illustrated how important connectivity, engagement, and application of knowledge is so important to the learner. She pointed out the limits that certain districts or schools may be facing, but she also kept showing a slide over and over again that simply read “ME.” Ultimately, she had us repeat, we can’t change anyone but herself. Cool. 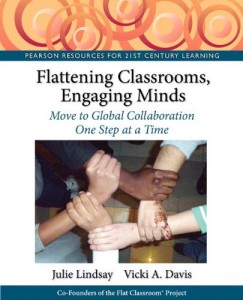 At lunch, Tom Whitby asked me if I ever met Vicki before, and I said I had not. Well, in his Tom Whitby fashion, he said, “You are going to have lunch with her.” He made sure she sat directly across from me. After we exchanged pleasantries, and in her southern belle draw she asked me, “So what do you do, Spike?” She had me there!

We talked about everything from the proper pronunciation of pecans (pee-cens as she said or pea-khans as I say), school, family, finance, and #you matter. I told her of my communication with Angela Maiers and the work our RM Bacon has done to show our community that they matter. I was able to show her the red carpet video, and she asked me to send her my blogs so she could post them on her site. So, cool! 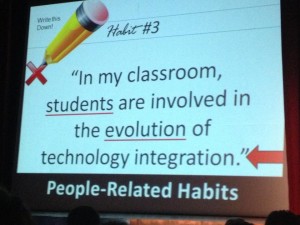 There is no mystery as to why Vicki has become one of the most sought after speakers in education. As a mother, teacher, wife, Christian, teacher, learner, writer, presenter, as well as avid runner and fisherwoman, Vicki embodies all that is positive about education. She cares about her kids, your kids, my kids…. OUR kids. That is why she does what she does.

That is what she is cool.