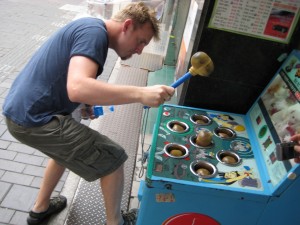 Ever play Whack a Mole? Invented in 1976, Whack a Mole is a machine with 5 to 7 holes, and played with a rubber mallet. Once the game begins, moles pop up out of the holes and it is your job to whack them as quickly as they appear. As you progress the moles pop up faster and faster. Since its original adoption, the game has been changed and modified over the years…. But the concept has always been the same: Whack the mole!

The next time you are playing Whack a Mole (not at the boardwalk or arcade, or iPad) be sure to remain process-centered, and think twice before whacking….