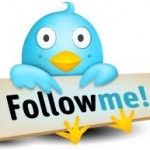 We had a four day week because of the Martin Luther King Jr. Holiday on Monday. I love MLK day because this holiday always requires me to reflect on the type of human being I am. My son had his buddy over that day, and I feel that MLK would have been proud of both of them because they are from different cultures and have different tones of skin color, but ultimately they are just 7 year old boys.

The highlight for me this week was joining Mrs. Sutton’s class on Thursday afternoon. I was called to the class because of typical 5th grade drama, but we all walked away ready for a change. The students took time to deeply reflect on how they treated each other, their teacher, and their families. On Friday, they all said that for the first time, they really understood the no bullying pledge. I rewarded them with a friendly floor hockey game on Friday afternoon. We may have lost that game, but we won in so many other ways. Then, Now, Always Family!

Twitter has opened up my professional world! I am hoping to get teachers, other administrators and parents involved in this vital piece of social media. Get started at twitter.com – its free!

I spent almost 2 full days away from the school this week (and another pretty much in my office with meetings) so today was my day for walkthroughs and reconnecting with everybody. I saw some awesome things today, but I have to say I got “stuck” in 3rd grade. Mrs. Woodman had a legendary lesson for martin Luther King Jr. Day. She taught the students sign language (she herself learned it the day before on her ipad) and they read the book One Love by Cedella Marley (Bob’s daughter). As they read the story they learned sign language. At the conclusion of the lesson, she played Bob’s One Love and they danced and signed to the song. Then I went next door and Mrs. DiGiogio’s class organized and performed an anti-bullying play. I was so impressed with the team effort (not to mention acting abilities of these 3rd graders). Mrs. DiGiorgio plans to help them expand the play and maybe share with a larger audience. Way to go 3rd grade! We ARE World Class!

The students seemed very relaxed this week. Not sure if it was because they had so many days off from us or they are just ready to start the New Year! We had our first snow of the year. As I was talking to someone in the office, a safety came in to tell me that there were kids throwing snowballs at each other on the playground. I knew we only got a dusting, so I doubted that actual snowballs. I went out and yelled for them to line up. Within 20 seconds I had a straight line with kids waiting for me to speak. I told them that I was young once and I also loved to play in the snow, but we do not throw snow or run around on the playground because someone could get hurt. The snow melted by the end of the day.

I had the opportunity to work with Mrs. Gandy’s class on multiplication. As they were working on the slate boards, I asked them what they were learning. Working in pairs, the students were giving each other two and three digit problems to solve. Eventually, I sat down and the students were giving me problems to solve. My hardest was when one student wrote 5555 X 5. I showed them a trick to solving the problem. They got the calculator out and sure enough I was correct: 27, 775!