There is a Renewal of Thought. With that said, is it a renewal or a merely a shift?

Although some feel that our votes do not matter, we really can vote against anyone. For instance, Joseph Kony’s reputation was taken down with the help of Social Media. How did it happen? Kony 2012 was a film created by Invisible Children that advocated the capture and persecution of the Ugandan Leader Joseph Kony for the alleged atrocities he has committed against children. The campaign began on March 5, 2012 and the goal was to have him arrested by December of 2012. As the video went viral, the world spoke – over 86 million times.

Google is in everything, and they are ahead of everything. Want an answer to a question? Google it. Want directions, web sites, mail, social media, computers, software, and information? You got it, google. In this age of uncertainty, business is competitive, predatory, symbiotic, and parasitic. Yet the goodness business model exists. All we need is do right to do well.  Did you know Panera bread is experimenting with a pay what you can model? The underlying philosophy is that business is an obligation. For example, Toyota has an obligation to providing the most cost effective automobiles, but that is not their mission. Toyota’s mission is to be your car company for life. Simple as that. In addition, me is now a business model. 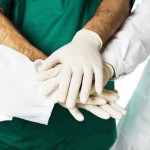 It is clear from the age of information that there lies an opportunity to learn anything you want. You can learn more than your doctor about something. That was almost impossible just 25 years ago. We revered doctors. Now they are a means for us to get our own medical treatment. We all have the ability to develop our own algorithm about whatever we want. Authority is no longer a thing. Been in a classroom lately? The students, with their access to hand held devices (calling them a phone is so last age) that can instantly reveal that the teacher doesn’t know everything.  Uh oh, teachers, embrace that or the students will send you packing! Be your own self authority.

2 thoughts on “Conversation with a Futurist? Part 2”