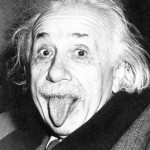 Einstein theories are now laws. We all grew up hearing about the theories of Einstein because at that time that is what they were… theories. Each of those theories, through the scientific process, has been proven.

There is a dichotomy with the Establishment vs. the Movement. For instance, the current President ran on the platform of hope and change as the movement. Once elected, he became the establishment. Listen carefully in the fall as the new election cycle unfolds. The other side will be talking about… change. The lesson is each side needs to respect the other side. Why? Because sooner or later, the position (establishment or movement) will change. 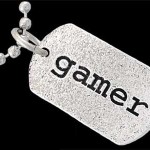 Game play has changed. Think about what games were like when you were growing up? What is the object of monopoly? Chess? Checkers? Scrabble? To beat your opponent. Have you watched any of the new games in town? Ever watch someone play Call of Duty? The object is to beat the game not each other. Now major gaming is collaborative. Not just collaborative in the sense of the kids in the neighborhood playing together at someone’s house. It is a worldwide collaboration through technology that pairs up anyone who has a system. X-Box will even provide statistics showing who is playing around the world.

So the kids are playing differently, so shouldn’t we provide them with something different in the classroom? There really should be no more lectures in the classroom, it will be (should be) all collaborative. Learners, with an understanding of their role, can work together to solve a problem. Sound familiar?