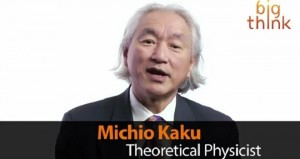 I am currently reading Physics of the Future by Michio Kaku. I actually purchased the book quite some time ago and was looking for something to read during Spring Break. There it was, and I thought…. I never did read that book, yet. Although I am only part way through the book, I wanted to share some of my insights on how Kaku warns us not to limit the future with our present thinking.

In the first chapter, Kaku discusses how we have predicted the future for hundreds of years. He gives examples of how some of the great authors, musicians and other creatives have attempted to chart a course of the future. I learned about Leonardo DaVinci who spent a great deal of time thinking of the future, and even designing objects that would look commonplace today.

In terms of limiting the future, Kaku shares stories of those people who completely underestimated the future. As I read through these stories, I felt a connection to what some people do to ideas today. There are those who shoot down ideas in meetings, or during brainstorming sessions. Maybe it is the glass half full perspective, but I think if we learn from those who were on the other side of history, we can learn how to not limit the future: