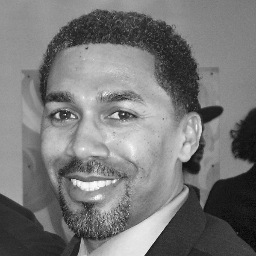 This Sunday, June 8 at 9:30 PM est on the Principalcast Team hosts Dwight Carter. He will be talking about Classroom Spaces in the 21st Century. When he was at Gahanna Lincoln High School, he lead the charge to build a 21st century high school (Clark Hall). Clark Hall will certainly re-think educational spaces!

According to his website, Dwight was named a one of three 2013 NASSP Digital Principals of the Year. The recent addition to GLHS, Clark Hall, helped the district earn 2012 Best In Tech by Scholastic Administrator magazine. His mission is to positively change lives and impact futures. He believes in the power of collaboration, continuous learning, hard work, and celebrating progress and achievement of students and Staffulty (staff and faculty). He was inducted into the Jostens Renaissance Educator Hall of Fame in July, 2010. He is passionate about creating the best possible learning environment for all stakeholders to be successful. Dwight recently wrote the Foreword to Dr. Judy Brunner’s most recent book, Now I Get It! Differentiate, Engage, and Read for Deeper Meaning.

Tune into Teachercast at 9:30 PM EST on June 8 to connect with Dwight! Be sure to follow #principalcast for live tweeting!