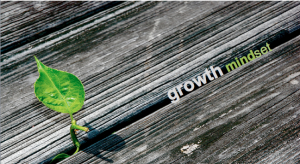 I had an interesting connection to a few things this week. I am reading Carol Dweck’s Mindset, and I am loving it. I am really paying attention to the mindset I see in myself and others. I also read a blog post by Justin Tarte, I’d rather be’ that guy’ than no guy at all, I think. Basically, Justin’s post is about being pointed out as the “twitter guy” by others. I really connected with his post because I have experienced the same thing from friends, colleagues or when I attend conferences. I told Justin I would respond to his post because I believe what he wrote about is an issue, a real issue.

After much reflection, I have come to the conclusion that it isn’t about twitter, social media or blogging but rather a mindset. Those with a growth mindset would never say to someone (and I am sure there are hints of sarcasm thrown in, but almost always under guise of humor) “Do you spend all day tweeting?” or “You better stop tweeting because your fingers are going to fall off” or “You’re that twitter guy.” Nope. No growth there. Someone with a growth mindset would never compartmentalize your learning, connections, or accomplishments.