This is my third post in the summer series about educators who are making a difference. 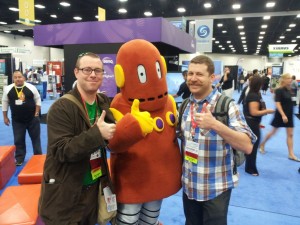 When the Skype conversation started, and being the aspiring comedian, I asked, “So, do I call you Nerdy? Nerdy Teacher? Nick?” He laughed, and I knew that he had a sense of humor!

It was January 2010, and while most people made New Year’s Resolutions that lasted a few minutes, hours, days, or maybe weeks, Nicholas Provenzano began his foray into social media. Fast forward two and half years, and he is still going strong! The Nerdy Teacher began as a goal for Nick to write more. He was in the process of earning an educational technology degree, and heard some chatter about blogging, twitter, etc. His first post, The Nerdy Teacher, had about 4 reads. To date it probably has 20. To those who are just starting out, doesn’t this sound familiar? 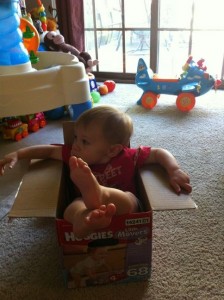 The Nerdy Teacher credits his social media god-parents Kelly Tenkly (@ktenkely) and Shelly Terrell (@shellterrell) for giving him the early encouragement. They began to take an interest in The Nerdy Teacher by re-tweeting, commenting, and showing a general interest in his pursuit of storytelling. Later that year, he attended ISTE10, and he met so many people who were “connected.” His global perspective broadened, and he saw the importance of being connected.

For a long time, The Nerdy Teacher was the only person in his district using social media. He had a supportive principal and department chair who allowed him to explore ways to use social media to teach, instruct, and assist students. Slowly, more teachers got on board, but he admits, there is more work to be done. The students he teaches, he says, totally get it!

The Nerdy Teacher is a writer at heart, and his blog provides the venue to convey his message. He doesn’t follow any traditional rules with his writing. His blog process is informal. He sits down, writes, gives it a once over, and posts. Although, he does have some ideas that are “slow cookers” and he waits to write, then post. He doesn’t like schedules or deadlines because he feels it hampers his creativity. There are times that he may post 4 days in a row, or may take 10 days in between posts. To the Nerdy Teacher, his blog is a reflective place, and he wants it to stay that way.

Nick talked about his series about watching TV shows, and connecting it to education. These posts were popular with readers because, as he says, “A lot of us grew up watching the same things. We had a shared experience that impacts our views on teaching, learning, and even blogging.” He finds making a personal connection to something a form of inspiration for his blog. The Nerdy Teacher also credits his father who had some foresight, and purchased a Macintosh computer when Nick was young. “My Dad was so right,” he said. Yes he was right! 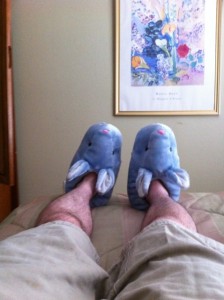 The Nerdy Teacher sees the future of education being a place where learning is individualized, using growth models, and more technology – all of this, he says, won’t be cheap. As for the future of The Nerdy Teacher, according to his Dr. Nerdy? post, he is considering pursuing a Ph.D. or a school administration degree. Tough choices that he allows, you the reader, to help him with. Send him your opinion, as of now he already has 21 comments! Tell him what think!

One thought on “The Nerdy New Year’s Resolution: My Skype with The Nerdy Teacher”