This is the fourth in a series of educators making a difference in education. 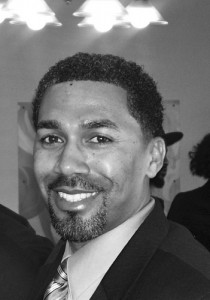 When Dwight Carter thinks back to the days when he entered into social media, he can’t help but remember how difficult and skeptical he was. In fact, he wasn’t even thinking of social media; he was focused on building an additional wing onto his high school. All the signs for Clark Hall were pointing to the 21st century in terms of technology, learning spaces, and even scheduling. Before Dwight could fully engage in the planning process, and truly understand 21st century learning spaces, he had to become a 21st century school leader.  So he did what any other person who is seeking a change would do … He went to Boot Camp (now referred to as fastforward camp).

About 3 years ago Dwight Carter, and other administrators from his district, went to fastforward camp. At the fastforward camp, Dwight learned about twitter, and blogging, as well as personalities such as Shelly Terrell, Patrick Larkin, and Eric Sheninger. He read Shelly’s The 30 Goals Challenge. When he reflects on that process, Dwight feels that it was a mindset shift. He admits that the eventual success of Clark Hall would not have been possible without the help of his participation in social media.

Blogging was scary at first for Dwight. He understood the 21st century mindset shift that occurred during his days in fastforward camp, but he still had difficulty with putting his words into cyberspace. Eventually, he started blogging because, as he says, “Reflection is at the heart of my leadership, and blogging provides a platform for me to do that.” Dwight quickly became a “rock star” on twitter, and through his blog, began to attract a lot of followers. During this time, the learning space across the street was being built, so was Dwight’s passion for 21st century learning.

Clark Hall opened as a multi-use learning space. From the floor to the ceiling, from the chairs to the tables, the paint, the 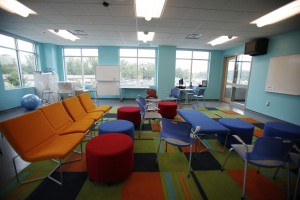 space, everything was designed to foster collaboration, creativity, and technology. When I asked him about a typical day in Clark Hall, he said, “Students check in for the first 15 to 20 minutes. Then they decide how they are going to spend their time for the rest of the day. They continue to check in with their teachers throughout the day. There are no bells, no lockers, no remnants of 19th century learning.” There is even a new type of library at the high school, an “un quiet” library that allows students to talk, connect, and collaborate. 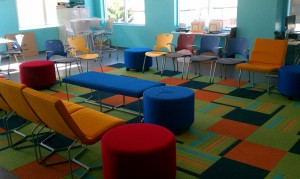 Social Media, as I am learning, can be a double-edged sword. After reading, “Disconnect to Reconnect” you really get a chance to understand what was recently going on with Dwight for the past few months. One of the perils of 21st century learning, and participating in social media is the toll it takes on the individual. As we discussed in our conversation, it was evident that Dwight had to take a break. He told me he went through a time where everything was a potential blog, or tweet, and he was losing focus. He sees the role of the principal as the chief communicator for their students, and with that comes a lot of responsibility to be true to yourself. Dwight absolutely loves being a principal, but he had to take a break from Social Media to eventually reconnect! 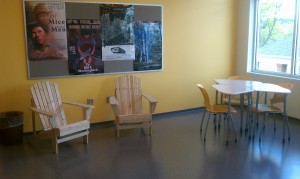 As for the future of Mr. Carter, he is looking forward to being a principal for as long as the district will have him. He is excited for the beginning of the second full year of Clark Hall. In fact, he will be presenting the Clark Hall story at The Jostens Renaissance National Conference in Orlando, FL.  According to Dwight, “It’s one of the most uplifting and inspirational conferences for educators. They treat all educators that attend like first class citizens! The speaker lineup is powerful including speakers such as Todd Whitaker and Kevin Carroll.” Dwight wrote about the conference in his post Something to Believe In!

As Dwight would say, “Be great!”