This is the second in my summer series on educators who are making a difference. 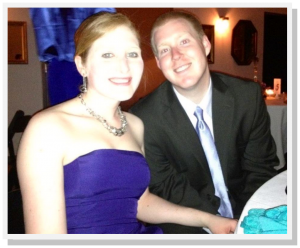 I Skyped with Justin Tarte on Thursday, July 5 fresh off of the Fourth of July holiday. We started at 9AM my time, which for Justin was a little earlier. Justin, who was recently named Director of Curriculum & Support Services in the Union R-XI School District in Union, Missouri, and I sat down in his living room(and I was in an office) for a discussion on all things education.

Justin’s rise in administration has been quick. Prior to becoming the Director of Curriculum and Support Services, he was an assistant principal at Poplar Bluff Junior High School in Poplar Bluff, Missouri. He taught German at Seckman High School in the Fox C-6 School District in Arnold, Missouri. He loved being a teacher, and he put a lot of time into building connections for his students, and expanding their horizons for a global perspective. He began his pursuit of graduate studies to grow both personally, and professionally. It was through the connections he made in graduate school that he learned about this new-fangled thing, social media. 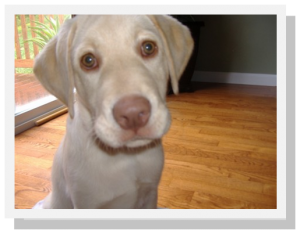 Upon learning the power of social media, Justin began to integrate it into his German classroom. He created a facebook page, twitter account, and a blog. He felt that being a German teacher easily lent itself to using social media as a tool to help his student gain a global prospective. They did, and so did Justin. Through social media, he began to see a whole new perspective on learning, professional development, and global connections. As Justin transitioned into administration, he continued developing his digital footprint, and those around him.

When I asked Justin about the age old question (how do you have the time?) he said, “Right now, this saves time. I am actually more available, resourceful and knowledgeable as a result of using social media. It actually makes my job easier.” Justin is passionate about the power of social media. He continued by adding, “I have evolved as an educational leader through the use of social media. I am learning as much, or at times more, then when I was in my doctoral program.” That is powerful!

Justin believes we are on the cusp of a new age in education, but we have a long way to go. He feels we have to celebrate our accomplishments, tell our school’s story, and not be overly critical  of our mistakes. He sees the future of education as a transition that will combine new, and old ideas alike. Justin feels that the way education will transition best is through the human resources departments. “The human resource departments in schools need to be held to higher importance. We need to attract top tier candidates, and also go out and recruit.”

In his new position, Justin is spending a lot of time getting familiar with the trends in curriculum, instruction along with best practices in professional development. He sees the future of instruction and the integration of technology as one in the same. Ideas such as on- to-one, and BYOD are “no brainers.” He would like to see teachers painting their walls with white board paint to spurn creativity. When asked if technology will put educators out of business, Justin responded, “If it puts us out of business, then that’s our fault.”

We are all cheering on Justin because he plays an important role in cheering on members of the PLN. The Union R-XI School District is fortunate to have Justin as their new Curriculum Director, so they get a BOOM! (This is a common response Justin provides on tweets, and blogs that he supports) In addition, we will all benefit from his new position because we will continue to learn from his blog posts and tweets.

Check back for the following educators who will be featured in the series: The Nerdy Teacher, Dwight Carter, Chris Wejr, Todd Whitaker, and Erin Klein. In addition, later in the summer you will read about Patrick Larkin, Lisa Dabbs, Jessica Johnson, Curt Rees, and many more!

Justin Tarte: Life of and Educator

What do you stand for?

4 thoughts on “The Life of an Educator: My Skype with Justin Tarte”