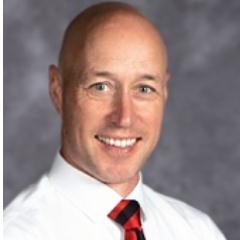 I had the opportunity to skype with Fall Creek School District Superintendent Joe Sanfelippo the leader of the Crickets. I’m sure by now you have heard the crickets chirping through social media…. if not, you have to check out #gocrickets on twitter. In preparing for the interview, I had to brush up on my knowledge of crickets. I went to buzzle to research the characteristics of crickets and what I found was quite symbolic. Did you know that crickets can survive in almost any type of environment, and they play an important role in bringing balance to the ecosystem? #gocrickets!

Joe started his journey into social media as a better way to get information to people. He immediately saw the benefits of celebrating what is going in school and telling the story of his district. During his first year he “lurked” on twitter and was able to bring global ideas and best practices back to Fall Creek. As his comfort level grew with social media, Joe began to share the news with his fellow crickets.  He stayed true to his mission of being a servant leader… as he said, “If I am leading this organization, and I want others to be connected, I had to be learning along with everybody else. This learning helped me connect with parents, students and teachers in a much different way then I had before.” 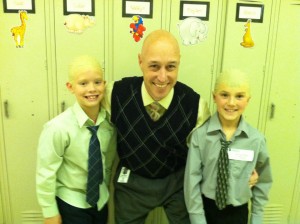 In March, Joe attended the national ASCD conference in Chicago. It was during that conference he met many of the educators he had been following on twitter in person for the first time. He found out how much he had in common no matter where they were from. Joe and I met at that conference in Chicago and we attended the Maya Angelou Keynote together. Having been part of Joe’s PLN our conversation flowed naturally…. I felt like I had known him for 20 years!

I asked Joe to share his experiences as a connected superintendent (one of the least represented groups in the connected world). He says that his Board of Education is extremely supportive and loves how social media has helped the district improve its global awareness. The local media have covered several stories about the district which has served as an additional support network for the district. Joe balances his tweets between telling the crickets story on the athletic field, in the classroom, on the stage or on the playground.

Joe feels his job as the district lead learner is to help parents, teachers and students gain access to resources. He doesn’t mind leading the charge. Joe also sees the power of using social media to connect with his leadership mission and vision. “There is not a person who doesn’t know about my philosophies on education because of social media. It has opened up a whole new avenue of transparency and lines of communication,” he said enthusiastically.

Joe also sees the power that social media plays in the marketing of his district. Kids tweet him questions during football games, and parents have immediate access to him. There is an renewed pride in being a Cricket. The Fall Creek School district, which is a PK -12 building with 800 kids, is the perfect location for Joe. Even though it is a small town in the mid-west part of the USA, the Crickets now have a global awareness due to Joe’s commitment of “telling the story.” Nowadays, wherever Fall Creek paraphernalia is, you are sure to see the #gocrickets!

When I asked Joe where he sees education in the  future he didn’t hesitate to say… Personalized learning. He hopes that in the future that students will have choice and voice in the process. He doesn’t see traditional schooling going away, it will get better. Schools are made of people who teach the way they were taught, and the systems keeps going on.

Want to learn more about Joe? Check out these resources

News story on the new playground

Joe Sanfelippo did his doctoral work on the implementation of PBIS…. Checkout this screencast

2 thoughts on “Lead like a Cricket: My Skype with Joe Sanfelippo”