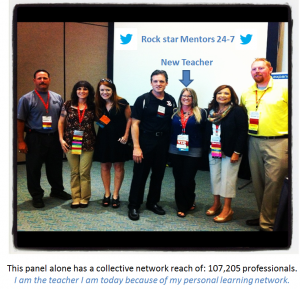 A long time ago, in a social media galaxy that was far, far away Erin Klein was exposed to one of the most important tools in her teaching tool box. She was at a district conference in Michigan, and heard about this thing called twitter. She didn’t understand a few things about twitter, most importantly the why? Later on that year, she attended a state conference, and heard a guy named Nick, AKA The Nerdy Teacher, present about twitter. He was able to explain the why? “Nick allowed me to see the importance of the PLN, idea gathering, and giving. From that point on I was hooked,” said Klein.

With the help of social media, Erin worked feverishly to establish herself as a 21st century teacher. She took over a classroom that had one piece of technology, an overhead projector. She had a background in Interior Design, and wanted to ensure that the room was a welcoming, comfortable, and brain friendly. She used her new found knowledge to sign up for adopt-a-classroom. In a short time, she was able to raise $1,000.00 dollars to purchase technology for her classroom. Her superintendent was so impressed that he purchased a SMART board for her classroom. Over the course of the next 3 years they added 30 SMART boards throughout the school! 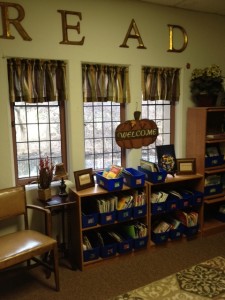 Erin considers teaching a lifestyle. When I asked her about time, she told me that she is a multi-tasker, and is always doing something. She is not the kind of teacher that spends time in the teachers’ lounge. Rather, she eats her lunch, interacts on social media, blogs, reads, and connects. During her preparation periods she is busy helping other teachers, grading papers, and planning. She values time. So when she is home she attempts to be a mommy, and a wife. Yet, her daughter continues to be Kleinspired, and has a blog of her own. Her husband is super supportive. He gets it. He was the one who came up with Kleinspiration, the name of her blog! For the Klein’s blogging and social media has become a family activity!

She spends time on her blog on the weekend. Have you seen it lately? It is possibly the most aesthetically pleasing, resource-filled blog out there. During the 2011-12 school year she blogged 300 times. In November 2011, for instance, she posted 57 times! 57 times!  She spends time blogging as a way to categorize her own learning, and assist teachers with their learning. She credits Kelly Tenkley, Lisa Dabbs, Richard Byrne, Steven Anderson, and The Nerdy Teacher as social media mentors, who also serve as her PLN, critical friends, and potential material for all things Kleinspired. 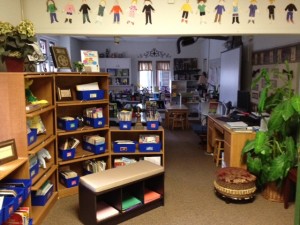 A classroom or a living room?

In the blogging world, Kleinspiration has become one of the most important sites for parents, teachers, and administrators. She walks her talk. Anything that she blogs about is directly related to student engagement, achievement, and 21st century learning. She does take time to reflect. For instance, in her most recent post, I am not an expert, I simply love what I do, Erin discussed her visit to family in Chicago. In addition to spending time with her family, she “worked.” Understand this: Erin doesn’t consider all the blogging, reading, and other social media as work. For Erin, its fun!

I suggest that if you haven’t already, plant yourself a learning seed, and get on the Kleinspiration journey with Erin. You will be glad you did!

3 thoughts on “Prepare to be Kleinspired: My Skype with Erin Klein”